Home Blog Inktober Has Infected Me

Inktober Has Infected Me

I heard of Inktober, but shrugged it off as something I couldn't do.

Most of my life, I've had an artistic side that would manifest itself. I never considered myself an "artist" in the sense of drawing and/or painting. Honestly, I never took the time to really try. That is, until recently, I got bit by the Inktober bug. What is Inktober?

Every October, artists all over the world take on the Inktober drawing challenge by doing one ink drawing a day the entire month.

That description is per the "official" Inktober page. One day, I decided to track the hashtag #inktober to see what people were doing. As expected I saw a ton of incredible work, but what surprised me, was that I also saw others who were just learning how to draw. These included stick figures, simple shapes, attempts at complex characters in their favorite anime, you name it. For some reason, inspiration struck, and I decided to give it a try: 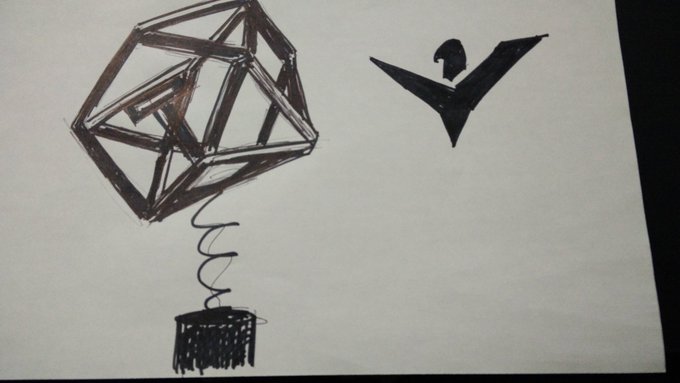 I decided to draw objects from the game, Elite Dangerous. I didn't feel too confident in the outcome since they were simple shapes that made a lot of mistakes on. On Day 3, things sort of changed. I challenged myself to a drawing that I was convinced would be above my skill level. Saryn of the video game, Warframe. 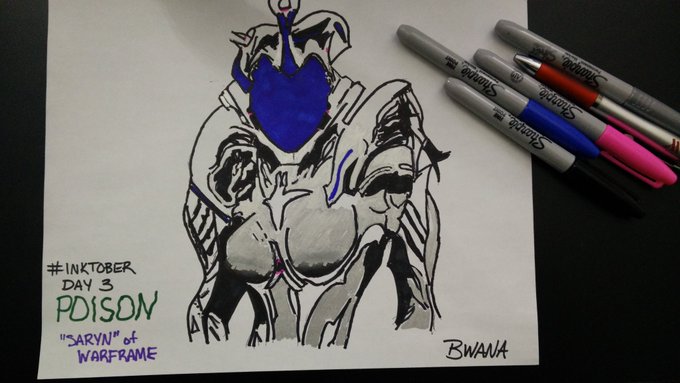 I actually did ok. It's not the best Saryn you'll find, but it's definitely not the worst. This boosted my confidence a great deal and I am now hooked on Inktober. One of my long time viewers/supporters even gifted me a complete pencil art set to help me along. Although my "drawing" streams have not been as popular on Twitch as my gaming ones, the people there seem to be enjoying it immensely. They crave more. I crave more.